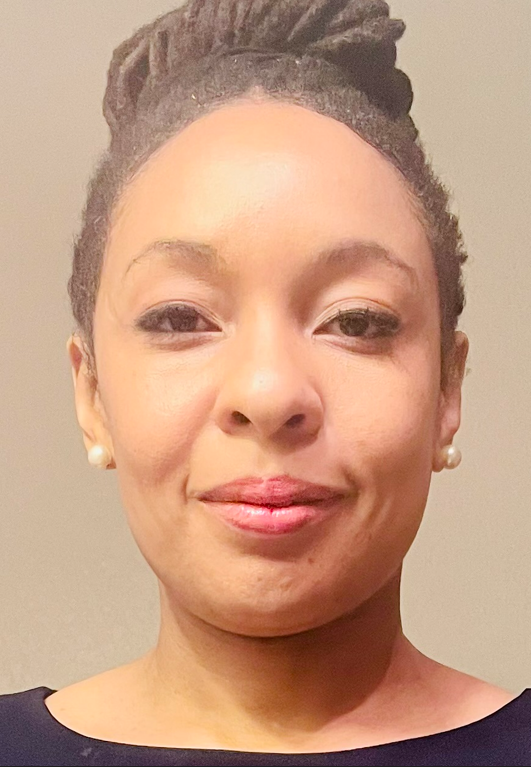 Shanelle H. Jones is the Committee Chair for the Virginia Law Audit Project Family Law & Education Committees and is responsible for establishing and regularly convening committees to identify misogyny and other forms of discrimination in the Virginia Constitution, statutes, and administrative code related to family law and education; developing recommendations; and proposing model language to modernize the Virginia code. Ms. Jones is also responsible for communicating with partner organizations and legal subject matter experts on topics pertaining to family law and education.

Ms. Jones served in the U.S. Army from 2004-2009 in the 501st Military Intelligence Battalion, in Mainz Finthen, Germany, and the U.S. Intelligence and Security Command at Fort Belvoir, Virginia. Her primary duties were to support Unit Ministry Team programs, post recreational activities, and soldier morale. She helped counsel combat and office-stressed soldiers, and supported soldiers during hospital visits. In 2008, Ms. Jones deployed to Baghdad, Iraq in support of Operation Iraqi Freedom and supported soldiers in remote locations. The strength she saw in her fellow soldiers, and the essential support they provided to communities around them still inspire her in public service today.

After serving in the U.S. Army, Ms. Jones chose to stay in public service and began her career in auditing. From 2009-2014, she served as a Program Analyst (Auditing) in the Office of Audits, Office of Inspector General, U.S. Department of Homeland Security.  While there she conducted audits for employee benefit programs, border protection, anti-terrorism, helicopter overhaul and upgrades, and science and technology, and worked on projects identifying critical issues including over $126 million in waste for the Department. Ms. Jones also made recommendations to senior executives in support of audits for American Recovery and Reinvestment Act programs based on analyses she conducted of trends in audit findings in the federal government.

From 2017-2020, Ms. Jones served as a Senior Management Analyst (Auditing) in the Middle East Region Operations, Office of Audits, Office of Inspector General, U.S. Department of State. While there she conducted audits of programs in high threat locations in Middle Eastern and North African Overseas Contingency Operations (OCO), including at U.S. Embassy Baghdad, Iraq. Ms. Jones reviewed foreign aid, counterterrorism military and youth foreign assistance projects and life and safety programs, identifying $104.6 million in waste. Her work identifying life and safety issues contributed to the office receiving the Sentner Award for Dedication and Courage CIGIE in 2019, awarded by the Council of the Inspectors General on Integrity and Efficiency (CIGIE).

During her time in public service for the U.S. State Department and Homeland Security Inspector General offices, Ms. Jones specialized in examining programs to ensure compliance with laws, regulations, and policies for indications of fraud, waste, and abuse; qualitative and quantitative analyses; developing audit proposals, plans, and methodologies; and recommending solutions for complex issues to agency executives and U.S. Ambassadors. Ms. Jones regularly communicated audit findings and developed reports for the public and the interests of Congress.

Ms. Jones has a passion for family and education policy issues and looks forward to collaborating with committees, subject matter experts, community leaders, and stakeholders to assess challenges, issues, and solutions. “I know the importance of addressing misogyny, and other forms of discrimination in legislation and believe proper development and implementation of resolutions empowers communities”. Her military and civilian background provides a wealth of experience in leadership, auditing, solutions, and monitoring. In her free time, Ms. Jones loves to volunteer, read, go on adventures with her daughter, and engage in various outdoor activities.