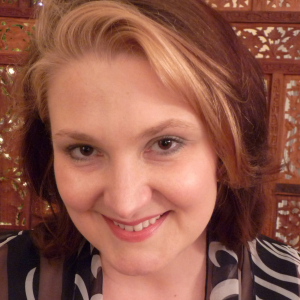 Shannon Fisher has spent more than a decade providing leadership in the pursuit of equal rights for women in America. She is the host of Our Lives with Shannon Fisher on the Authors on the Air Global Radio Network and among a small team of hosts of the National Press Club’s Update-1 podcast, which addresses issues in the media as they relate to current events. Shannon’s writing has appeared in a long list of national, regional, and international publications, including PBS, Apple News, HuffPost, DCist, The Richmond Times Dispatch, Today.com, Newsweek, Yahoo News, and many others. Interviewing well-known public figures and everyday Janes and Joes, Shannon’s poignant and revealing interviews explore the lives of writers, artists, community leaders and celebrities.

Having worked in the fields of community, public, and government relations for twenty years, Shannon is an immensely effective communicator and liaison. She received a B.A. from The College of William and Mary and is a graduate of the year-long Political Leaders Program at the Sorensen Institute for Political Leadership at The University of Virginia. She continued her education with courses in Journalism and Government at U.C. Berkeley, Columbia University, and Harvard University. Shannon was named a “Woman Who Inspires” by Svaha USA and among the “Richmonders of the Year” by Style Weekly, honored with colleagues for political activism in Virginia. She was also listed as one of the “Top 20 Most-Earned Political Capital of All Time” in women’s rights by PPAV.