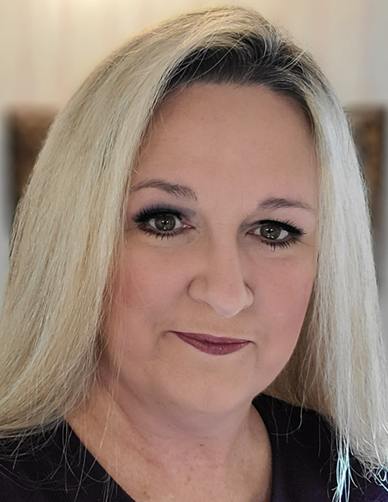 Tammie Miller Jennings is a wife, daughter, mom, Meme, author, activist, animal lover of dogs and parrots, and amateur genealogist. She cares deeply about the world we live in and wants to ensure all women are heard, represented equally, and fairly.

Mrs. Jenning’s political advocacy began at the age of ten when she chose to participate in the local sheriff’s race.  Using her allowance and craftiness, she produced signage and organized volunteers to assist in the race of a family friend who ultimately won election. She recalls a conversation with the candidate where she exclaimed, “I will run for office one day, too!”  He patted her on the head, thanked her for her assistance, and said, “Tammie, that’s a nice idea sweetie, but you will grow up to be a mother at home raising your family.”  This crushed the young Jennings girl who realized the clear message being sent to her was that a woman’s job is only in the home, and not in public service.

In 1989, Mrs. Jennings attended her first rally in Washington, D.C. in support of abortion rights. The sea of people, standing shoulder to shoulder in solidarity, inspired her greatly. Listening to amazing voices, like those of then National NOW President Eleanor Smeal, affected her deeply and a passion for women’s rights and advocacy was born.

Mrs. Jennings’ work on behalf of women and girls includes being on the leadership team of VAratifyERA where she was the campaign’s “I Love Equality” statewide Tour Bus Coordinator. Virginia’s ratification of the Equal Rights Amendment is among one of her proudest achievements. Mrs. Jennings is the Vice Chairwoman of her county’s political committee, the Voter Protection Liaison for Prince George County, the Tri-Cities Team Leader for the Liberal Women of Chesterfield County & Beyond (LWCC). She was a founding member of the National Women’s Political Caucus of Virginia. Previously, she was an appointed member of the Prince George County Complete Count Committee for the 2020 Census and served as secretary for the local political committee until becoming its Vice Chairwoman.