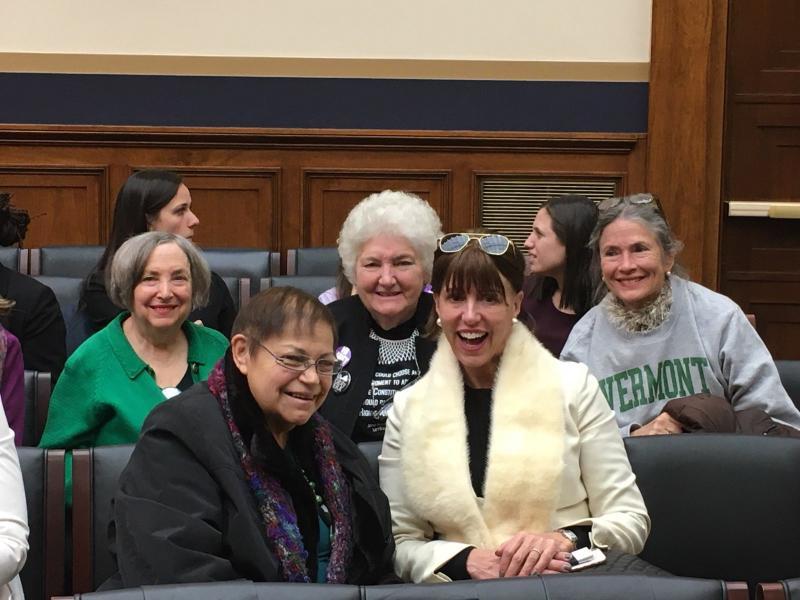 The House Judiciary committee held one of the most important votes on women's issues this year on November 13 when it considered a proposed bill (H.J. Res. 53, Speier, D-CA) to remove the deadline that the Senate imposed on the Equal Rights Amendment in 1972 by then Senator Sam Ervin.

Chairman Nadler (D-NY) gave a concise history of the  ERA and the deadline amendment, noting there is  no constitutional precedent for setting deadlines for the ratification of constitutional amendments.

Ranking Member Representative Doug Collins (R-GA) immediately attacked the resolution as an unnecessary step for women to gain equality and noted that his greatest concern was that it would make access to abortion constitutionally guaranteed (which it is already through Roe v Wade.)

Numerous Democratic members of the committee spoke in favor of the resolution. Zoe Lofgren(D-CA) noted that it was long past due and  women deserved the same level of scrutiny in their cases as men and the same protections from harassment and discrimination in the areas of pay, job advancement, pregnancy leave among others.

Reps Cohen (D-TN), Richmond (D-LA), and Cicilline (D-RI) spoke eloquently of their commitment to women(wives, daughters, mothers, sisters)  who they want to enjoy the same freedoms as their male counterparts.

Reps Jayapal (D-WA) and Escobar (D-TX) spoke of the promise of equality to them and immigrant women who come to the US  to find the American dream and are often discriminated against in jobs and harassed by employers and co-workers and how this would insure a  higher standard of investigation.
Rep Jamie Raskin (D-MD) gave a very well-reasoned defense for the need to expand the constitution and the rights of all US citizens through the amendment process.

On the opposing side, which was strictly along party lines, the Republican members were mostly absent throughout the hearing- many appearing just in time to take the vote and then disappearing again. Debby Lesko (R-AZ) trotted out the abortion argument, echoing Collins earlier statement.

In the end the vote was taken with the result of 21 ayes and 11 nays. This means it will go to the floor for a full House vote and then onto the Senate for consideration.