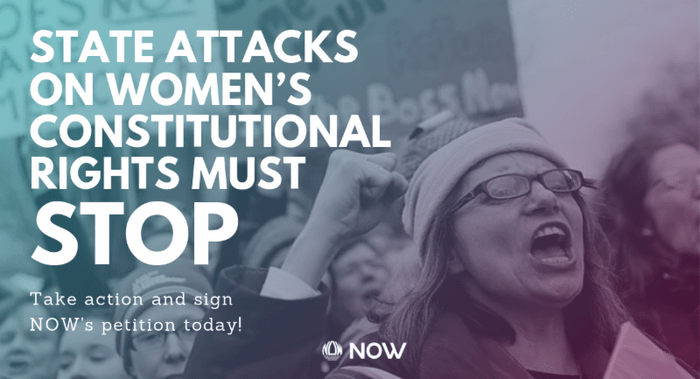 We've seen the frightening headlines from around the country, with states like Missouri, Georgia and Alabama enacting immoral and unconstitutional abortion bans. A legislator in Texas even proposed a bill that would give women the death penalty for having abortions!

This dangerous legislation isn't just happening in the states. The U.S. Senate Judiciary Committee held a hearing for a bill requiring a nation-wide 20-week abortion ban, which if passed, would further victimize women typically facing a devastating medical crisis in their pregnancies. It's all part of a well-funded extremist agenda to reassert control over women's bodies and drum up support for anti-abortion politicians in an election year.

Will you sign our petition and join us in speaking out against these horrible attacks on women? Tell your lawmakers they must prioritize the health of their constituents and not the national extremist groups that fund their campaigns.

Poll after poll shows that the majority of the public supports access to safe, affordable and legal abortion. We need to tell politicians to stop their dangerous efforts to pass even more extreme legislation, designed to attract the attention of a Supreme Court where Brett Kavanaugh could cast the deciding vote to overturn Roe v. Wade.

Your voice is desperately needed on this vital issue; please sign the petition today!