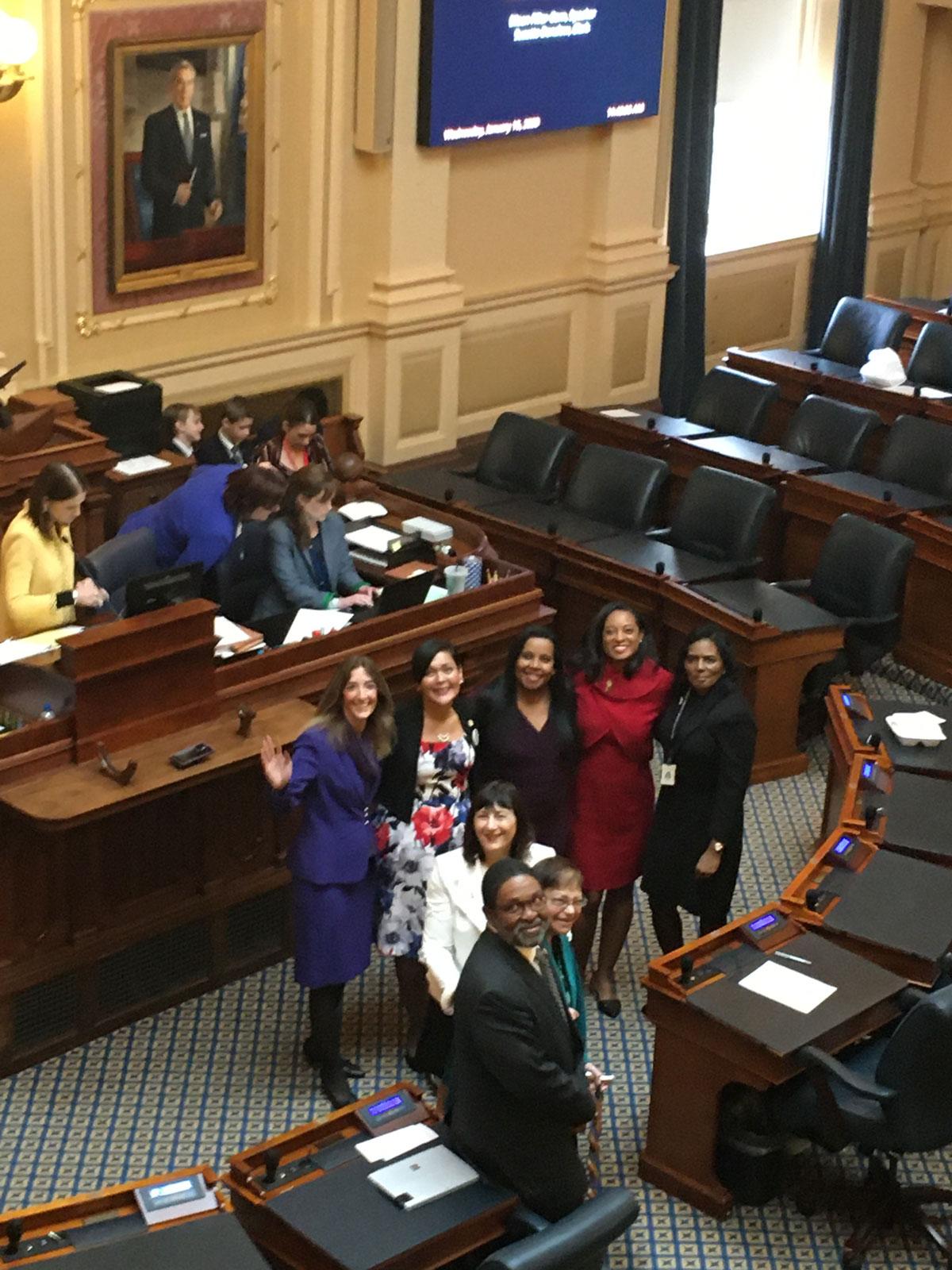 RICHMOND, VA – After a hundred-year journey full of heartbreaks and triumphs, the Equal Rights Amendment (ERA) is poised to finally be part of the Constitution of the United States. NOW President Toni Van Pelt is standing on the floor of Virginia’s House of Delegates today as they vote to become the 38th and final state needed to ratify the ERA.

In a historic election in November, voters swept in a feminist majority in the state legislature committed to passing the ERA, and those legislators fulfilled their promise. For more than a half century winning a constitutional guarantee of equality for women has been a top priority for NOW, with our grassroots activists mounting countless protests, rallies and marches. Now we are about to see those years of mobilizing come to fruition.

“I am proud and honored to be walking in Eleanor Smeal's footsteps as the president of NOW, especially as we cross the finish line of ratification of the Equal Rights Amendment,” Van Pelt said. “I’m also so grateful to NOW activist and leader Virgina Delegate Hala Ayala for her grit and determination to make women’s equal rights a reality in our lifetime.”

"I have fought for the passage of the ERA for over a decade, long before I was elected to office,” Delegate Ayala said. “That is why I am proud to be the Chief Co-Patron for the Equal Rights Amendment as its passage finally guarantees true gender equality in the US Constitution. Today is a major victory for women and girls throughout the country."

“Virginia has taken a huge step forward for Women’s Rights and Equality in passing the Equal Rights Amendment,” said Virginia NOW President Connie Cordovilla. “The rights of women under the law in our United States have moved forward 400 hundred years in a single day! How fitting it is that Hala Ayala, a Latina, has brought change to the lives of women in the Commonwealth and United States from this day forward.”

Just like Alice Paul when she first started her brave journey for the ERA in the 1920s, Virginia’s House of Delegates made history today. Next, the bills from the state Senate and House of Delegates will each be agreed to by the other body and ratification will become official. NOW salutes the new leadership of the Virginia General Assembly, the feminist majority that took this vote, and all the activists, NOW members, women voters and believers in true democracy who made this happen.